You Are Here: ReCo 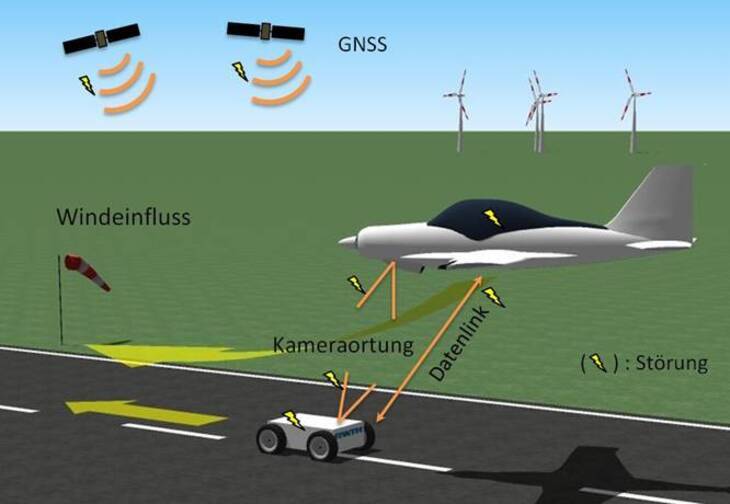 In the scope of the ReCo project automated landing of aeroplanes on a ground based vehicle is investigated. Both systems, aircraft and ground vehicle, have to be synchronized fully automatically. In order to meet the high safety requirements tipical of aviation, synchronization must be possible even under the most difficult environmental conditions and in the event of failure of subsystems.

In the scope of the ReCo project, an automated moving buggy form the Institute of Automatic Control (IRT) is used as the ground basesd system. This is accelerated to the speed of the aircraft. With the aid of precise sensors and a complex control system, both aircraft and ground vehicle will be controlled in such a way that the aircraft can land safely even in the event of strong disturbances, such as wind, or the failure of subsystems.