You Are Here: DGLR Innovation Award 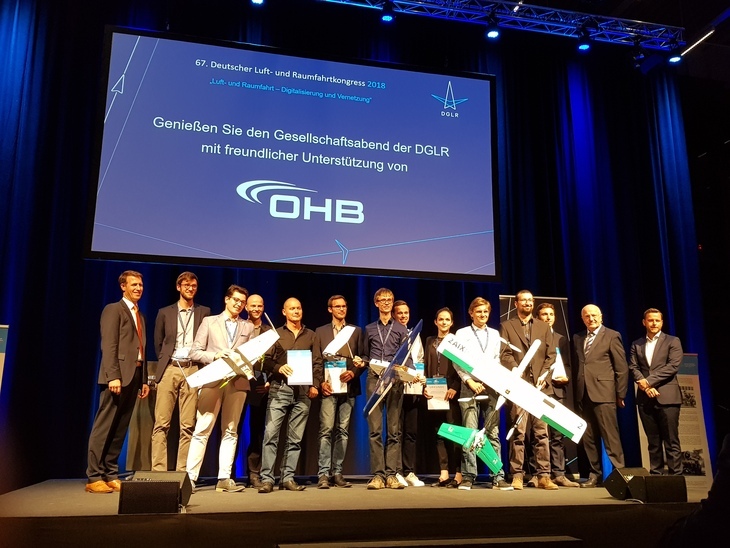 Our Team MAVerix, made up of students studying at the Institute of Flight System Dynamics at the RWTH University, has won this year's innovation prize from the German Institute of Aerospace and Aeronautics (Deutschen Gesellschaft für Luft und Raumfahrt — DGLR).

The goal of the competition was to design and test a vertical takeoff unmanned aerial vehicle (UAV) which would assist maritime rescue personell in their search for missing persons.

Under the catchphrase «Vertical Takeoff against Maritime Disasters» the student teams resolved the tasks assigned to them by the Bodensee Maritime Safety Authority (Wasserwacht am Bodensee) to the best of their abilities. With their Tilt-Wing aircraft concept they succeeded in solving the seemingly contradicting requirements of vertical takeoff from a small rescue boat, whilst still maintaining capability for long-duration flights over longer distances. The students demonstrated these capabilities at the competition site in Friedrichshafen at Bodensee lake.

The Team MAVerix was proud to accept the competition prizemoney of 7,000 Euro, which will assist further developing the aircraft and attending the next scheduled competition: In November the team will be travelling to Melbourne, Australia to attend the «International Micro Air Vehicle» Conference and Flight Competition for 2018.